Homes for Sale in Humbermede, Toronto 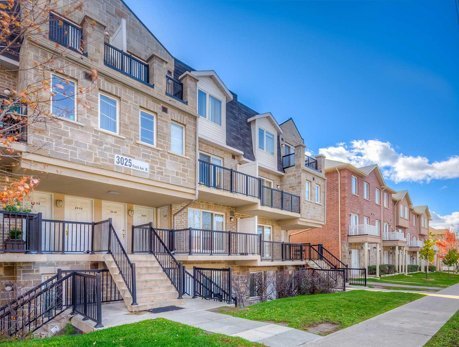 A Vibrant community of Humbermede, Toronto and Suburban low-density neighborhood.

This neighborhood is best for those who seek a vibrant community that offers great amenities alongside easy access to the core of Toronto. The shopping scene is one of the best features of Humbermede, and for those who seek an active lifestyle, this is a good place to call home.

Emery was originally settled by Issac Devins, a German pioneer who came to Canada from Pennsylvania in the 1790s. Emery’s second settler, John Crosson walked here from Pennsylvania in 1799. The Crosson family belongings were carried on the back of a two-year-old horse that Crosson sold to Devins in exchange for half of the latter’s 200-acre farm lot. By the 1870s, Emery had emerged as a farming hamlet at the crossroads of Finch Avenue and Weston Road. Emery had its own school, church, blacksmith shop, and general store. A local post office opened in 1879 under the name “Dayton”. The Toronto Grey and Bruce Railway adopted the Dayton name for their flag station on Finch Avenue. The post office and railway station later changed their name to Emery to avoid the inevitable confusion that arose between Dayton, Ontario, and Dayton Ohio. No one is certain why the Emery name was chosen but it was readily adopted by the whole community. Emery’s rural existence came to an end in the 1960s when developers built residential subdivisions and industry where farms once dotted this landscape. The former Emery School bell mounted in a cairn on the grounds of Emery Collegiate serves as a lonely reminder of the small-town origins of this community.

Humbermede, like many of the “Humber” neighborhoods in the city, gets its name from the Humber River, which flows through the west side of the community. The neighborhood has a number of parks throughout, including Bluehaven, Lindy Lou, St. Lucie, Habitant, and Lanyard.
A large business improvement area – Emery Village BIA – encompasses Humbermede, and Emery Village has a long history in the community.
According to Emery Village BIA’s website, after the Huron First Nations abandoned their settlements in nearby Black Creek, the lands remained unoccupied for nearly 150 years until Isaac Devins and his wife Mary Chapman, Emery’s first pioneers, arrived from Pennsylvania in 1796 following the American Revolution. Devins’ original farm, situated south of Finch extending between Weston Road and Islington Avenue, would later become the center of Emery Village.

The neighborhood has since developed into a suburban low-density neighborhood primarily consisting of semi-detached homes, although some high-rises on the southwest corner of Finch and Weston Road were also built. On the south-east corner is a site of the former Finch West Mall. There is an industrial area along the rail lines, extending east to Highway 400.

Emery’s housing stock dates mostly from the 1960’s. The north and east pockets of the neighbourhood are filled with bungalow and two-storey solid brick semi-detached homes. All of these houses have private driveways and most also have a garage.

The houses west of Weston Road and south of St. Lucie Park are situated on streets named after places in Florida. Some of the street names here include Coral Gable, Gulfstream, Hibiscus, Royal Palm, Tampa, Vero Beach, and West Palm. Maybe it’s the street names, but these detached, ranch-style bungalows on the Humber Valley side of the neighborhood have a certain Floridian ambiance and appeal.

If you are a food connoisseur and want to sample a variety of foods from around the world, Emery is a good place to shop. The strip malls on Finch Avenue and Weston Road are lined with food shops and restaurants that specialize in East and West Indian, African, Jamaican, Asian, European, Italian, and Spanish foods.

The largest mall in the neighborhood is the Finch West Mall at the corner of Finch Avenue and Weston Road. This mall has a McDonalds, a Canadian Tire, bargain stores, and medical and professional offices.

Emery residents can access the West Humber parkland at designated points south of Finch Avenue, and east of Islington Avenue. This park contains a 5.5 kilometre paved trail that follows the Humber River Valley to the Humber Arboretum which features a variety of plants and wildlife. There are also a number of pretty strolling parks found throughout this neighbourhood.

The Habitant Arena at 3383 Weston Road has a house hockey league for children, as well as shinny hockey and public skating. The Woodview Park public library is located at 16-18 Bradstock Road, at the Woodview Plaza.

“Emery C.I. is a school which fosters lifelong learning. We strive to provide innovative and relevant programs in a safe and nurturing environment. Staff, students, parents, and community partners play a pivotal role in our common pursuit of excellence. We challenge our students to excel through active participation, incorporating both leadership and scholarship. We also encourage personal growth in our students, assisting them in becoming confident, independent thinkers who are aware of their strengths in a competitive and dynamic society. We are proud of the caring staff at Emery, who enrich the academic curriculum by providing many co-curricular program for students. In May 2011, Emery celebrated 50 years of Excellence in Education.” As originally published by Emery Collegiate Institute

“Daystrom Public School is located in the Finch Avenue and Weston Road area of Toronto. The school has been serving the Daystrom community since its opening in 1959. The Daystrom Family Resource Centre was added in 1987 and is an integral part of Daystrom P.S. life. Daystrom has approximately 500 students. We are very proud to offer a structured, well-balanced, and inclusive curriculum for students in Junior Kindergarten through Grade 5, as well as a special program for students with specific learning needs as well as those with special kindergarten needs.” As originally published by Daystrom Public School

“Gracedale Public School is located in a neighbourhood that borders on the Humber River as it crosses Islington and Finch Avenues. Opened in 1964, Gracedale P.S. currently serves its local community, as well as the former local school communities of Whitfield P.S. and Bluehaven P.S. There are approximately 700 students from J.K. to Grade 5, representing 42 countries around the world and over 25 languages at our school. About 80% of our children were born in Canada. Gracedale P.S. offers space and resources for both after-school recreation and regular day school programs which reflect community and curriculum needs.” As originally published by Gracedale Public School

“Gulfstream Public School is located between Finch and Sheppard Avenues, east of the Humber River and west of Weston Road. Gulfstream serves approximately 520 students, including 27 identified Special Education students. Gulfstream is a school environment that welcomes the community with programs for parents and students as well as an in house child care centre. We are a Kindergarten to Grade Eight school with Full Day Kindergarten. With approximately 110 Kindergarten students staying for the full day, we are a very busy and active school environment.” As originally published by Gulfstream Public School

“At Westview, we offer a varied academic program with a strong focus on numeracy, literacy, science, the arts, and co-op. Students at Westview have extensive opportunities to expand their learning through programs such as the STEPS to University of Toronto partnership, the SHSM programs which focus on Healthcare and Arts and Culture, and the LAWS program which empowers students to see the world through a legal lens. At Westview expect our students to continuously and effortlessly impact the world around us. We welcome you to the Westview family.” As originally published by Westview Centennial Secondary School

“Oakdale Park Middle School is a large school of 548 students in an urban setting, serving Grade 6, 7 and 8 students. It is located in the North West area of Toronto. About 30% of our students are of Caribbean heritage, about 30% are of Southeast Asian descent, and about 15% of our students are of South American descent. The remaining 25% of the students come from almost every other part of the globe.” As originally published by Oakdale Park Middle School

“Nile Academy is established in 2005 to meet the needs for better education and a brighter future for our children. Nile Academy is a private school with experienced staff determined to maximize students’ opportunities for success. The school has built its reputation on catering to individual needs and diversity. We welcome families of all beliefs and cultural backgrounds. We believe that education is not merely a question of classroom instruction. For a child, it is important to learn how to listen to and interact with others. This is a skill that must be acquired and practiced on a daily basis. Social learning outside the classroom results in positive changes in classroom performance and all extra-curricular activities are planned with this goal in mind.” As originally published by Nile Academy

“In a school community formed by Catholic beliefs and traditions, our Mission is to help individual learners to achieve their highest potential in intellectual, emotional, social, moral, cultural and physical development–all in the context of the faith dimension. To meet the diversified needs, abilities and interests of our students, a broad spectrum of programs and services is available at St. Roch’s: French immersion classes, Italian language and cultural program, instrumental music, guidance, English as a second language program, remedial speech, program for learning disabled, multi-handicapped class, language impaired class and general special education classes.” As originally published by St. Roch Catholic School

“Our experienced staff is dedicated to providing every student with the best Catholic education possible. Through a Christ-centered vision and in partnership with our parents, parish and local community we continue to embrace our goal – academic excellence for all. As a Catholic School we recognize the importance of developing in each student an attitude of respect for self, others and property. We encourage children to develop their individual gifts and talents and, at all times, seek to promote Gospel values.” As originally published by St. Jude Catholic School