How Far is Milton From Toronto? 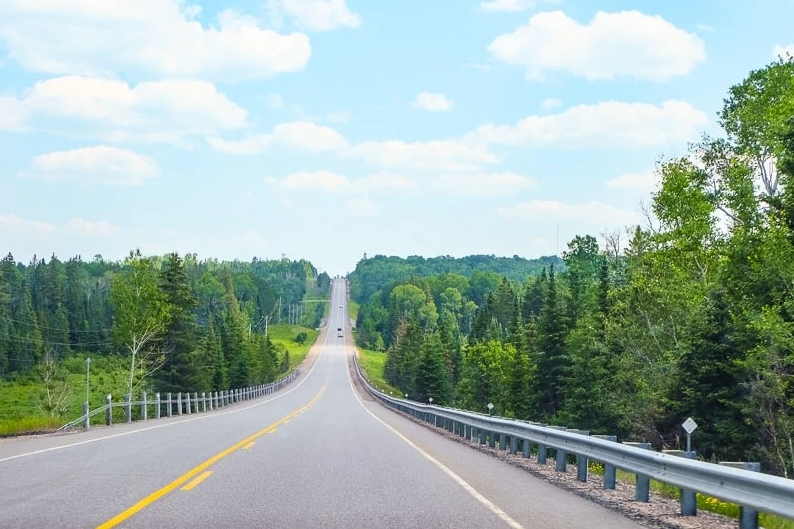 What are the most important factors you need to consider when buying a home? Yes, livability and home style are important, but not as much as location. In our Milton Blog post, we talk about Why Milton is the Best Place to Live. Milton – one of the active and fast-growing communities in Canada is becoming a people’s choice. And most especially when it comes to buying a house. Well, these are the top reasons:

Why Milton is a Popular Commuter Town

Milton is served by the convenient GO Transit networks that connect many of the GTA’s communities. Both a GO Train and a GO Bus stop at Milton Station are on their way to Union Station. Both options will take slightly more than an hour to get you to Toronto and Milton, and (vice versa).

A Dose of City Life

There are still things that you want to consider when buying a home. But location is one of the few exceptions to this rule. If your Buying Homes in Milton, your home will be right in the middle of everything. Your home will be close to Toronto for when you need your dose of city life. And you don’t want to miss NBA Games or your favorite concerts.

A Break from the Hustle and Bustle of the Big City

If you are in Toronto and you want to get a bit of nature’s beauty in Niagaras Escarpment conversation areas, like the Rattlesnake Point Conservation Area and the Crawford Lake Conservation Area. Milton is best, hiking or biking through the Niagara Escarpment conservation areas. Between the beautiful views, the trails, parks, and sites for family fun. Milton is the best escape and dose of nature and outdoor activities. For example, here in Kelso, it is not only picturesque (you should see how the escarpment changes with the seasons), but there is also plenty to do with your family: camping, picnicking, and mountain biking, a ski hill, stand-up paddleboards, swimming, and even movies under the stars! When you visit Kelso Conservation Area, you won’t be short on options. Visit Kelso at 5234 Kelso Road, Milton, Ontario, L9T 2X7.

BUT, How far is Milton from Toronto?

Let’s say you’re in Toronto and you’re thinking about how cool it would be to see one of the best hot spots for outdoor recreation enthusiasts, Milton Ontario! Is that correct? Milton, Ontario is one of the best places to live and visit in the GTA! Milton offers something to enjoy for all ages, in any season. If you want to incorporate some natural beauty into your trip to Ontario, Niagara Escarpment is a must-see attraction that you should not miss, and there are numerous ways to get there.

If you want to get to Niagara Escarpment Conservation areas from Toronto, there are a few options from which you can choose.

We’ve outlined the various modes of transportation below, including driving, taking the bus or shuttle, and even taking the train. We also talked about how far is Milton to Toronto and vice versa and the average time you can get from point to point. Keep in mind that you could travel from Toronto to Milton, Niagara Escarpment in a day in just at least one and a half hours. But staying overnight allows you to get the most out of the experience.

How far is Milton to Toronto? Well, It can take 42 to 51 minutes to get you to Toronto via multiple operator service at this route. Likely the most common way to get from Toronto to Milton. The (driving) distance from Toronto to Milton is about 55 km and can take as little as 51 minutes of the nonstop drive going to Milton depending on the route you take. Traffic is a big factor that determines the total time, quite frankly.

The distance between Toronto and Milton is 43 km. The road distance is 55.4 km. GO Transit operates a train from Toronto Union Station to Milton GO 4 times a day. Tickets cost $9 – $13. But, how far is Milton to Toronto via Train? The best way to get from Toronto to Milton without a car is to train which takes 58 min and costs $9 – $13. There is a direct train departing from Toronto Union Station station and arriving at Milton GO. Services depart four times a day and operate Monday to Friday. The journey takes approximately 58 min to 1 hour.

How far is Milton to Toronto via Bus? GO Transit operates a bus from Union Station Bus Terminal to Milton GO Bus hourly. Tickets cost $9 – $13 and the journey takes 1 hour and 10 min. to get you in Milton, Ontario.

Via Car or Self Drive (Toronto to Milton)

Via Car or Self Drive (Milton to Toronto)

Via Bike (Toronto to Milton)

Via Bike (Milton to Toronto)

If you’re planning a road trip to Toronto or Milton, you might want to consider a simple itinerary for a drive from Milton Ontario to Toronto Canada, or vice versa, and enjoy your planned trip especially if you are traveling with your kids. Or traveling with a dog or cat. Or planning camping along the way. Starts by getting to the destination from your hometown. Then figure out where to stay (like The Drake Hotel), find things to see and do (like Royal Ontario Museum), and research places to eat (like St. Lawrence Market).

And there you have it – basically all of the ways possible to get from Toronto to Milton. We’re sure that, given the options, you can find a route that works for you.