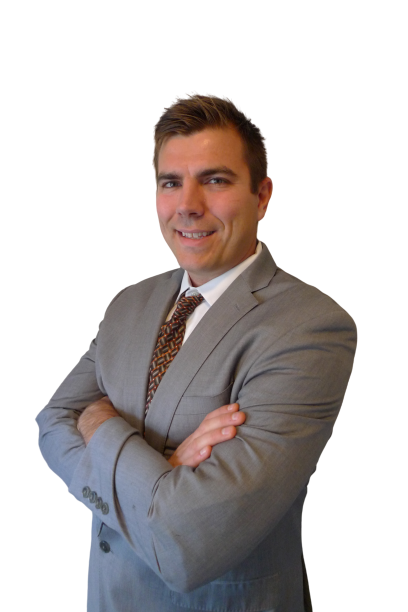 Clarkson is well known as an incredibly valuable neighborhood.  It is considered among the least expensive to own all while being in a great location, close to the lake, and within walking distance to Clarkson GO Station along the East-West GO train line.

The geographic areas are Winston Churchill to Southdown from QEW to the Lakeshore, being the oldest community in Mississauga.  Surrounded by popular areas such as Sheridan and Lorne Park.

The homes are mature in design, most built in the mid-1900s. The most common designs are bungalows with mature lots, back and side split as well as two-story homes. Most of these homes have only one bathroom on the upper levels and have a mature layout. The benefits of these are many builds including separate entrances to the basement and generous lots.

It’s a great place to raise a family with many parks such as Hillside Park, Birchwood Park, Jack Darling Memorial Park, and Lewis Bradley Park right by Petro Canada Park. It does not hurt that on average home prices are among the lowest in Mississauga. If you wanted to get into the Mississauga area and needed to be by the Go train or lake area, then Clarkson is for you. Easy access to Lake Ontario make this neighborhood lovely.

Clarkson Community Centre is a hub of activities, which features a pool, and gymnasium with a variety of activities, courses, and sports for families, adults, and kids all year round. It also has a hockey arena, fitness classes, a library, and rooms to rent for events! Here is a great link to their webpage: 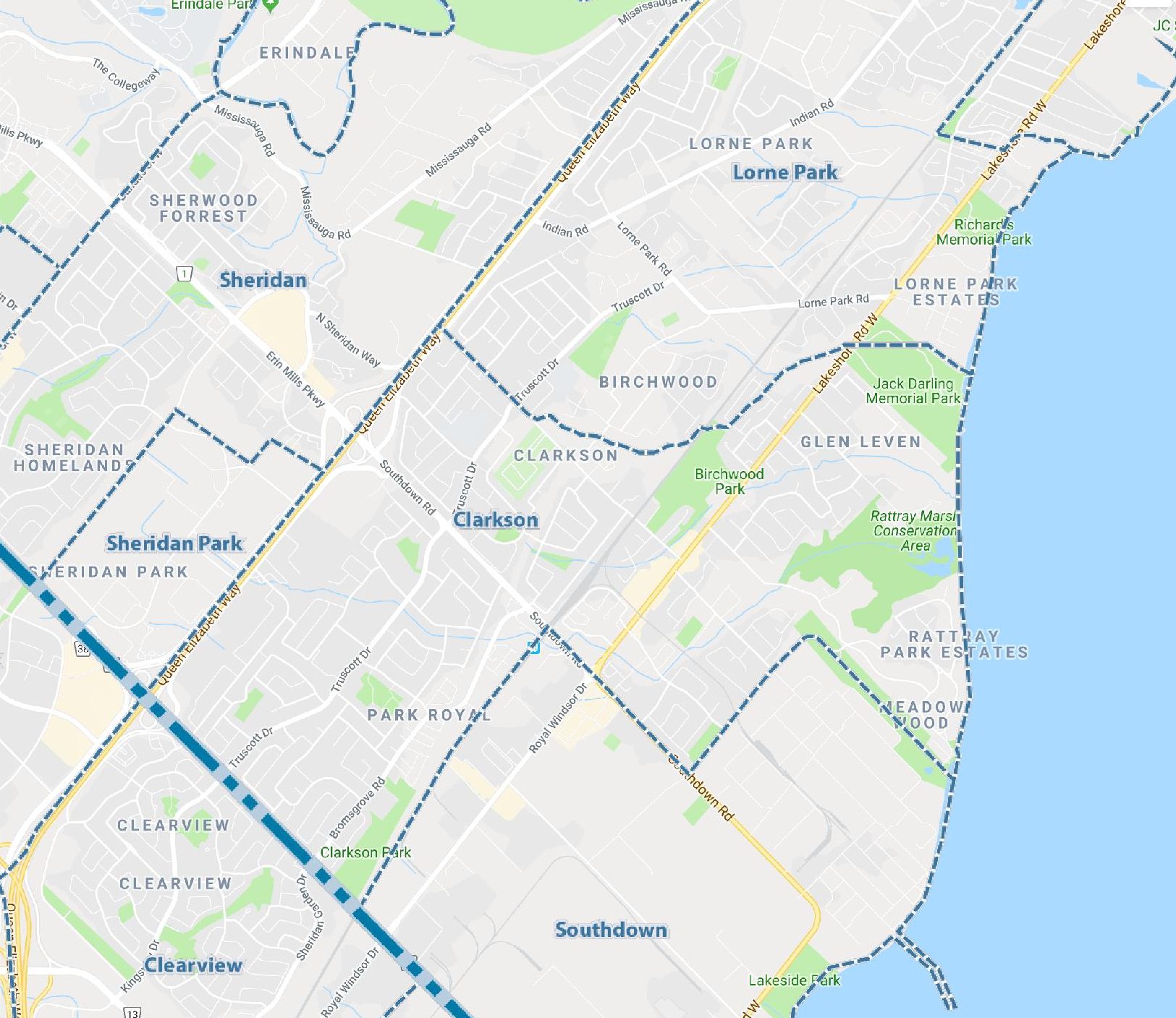 Clarkson has its own GO station on the Lakeshore West line. This rail line takes you as far as Hamilton and connects up to Niagara Falls. If you’re going the other way, you can reach Union Station in Toronto, which connects to all other lines to take you anywhere in the GTA.

Schools in Clarkson (And Ranking)

Clarkson Village has a strong sense of community centered around Lakeshore Road West and Clarkson Road, which serves as the main street with a small town village feel.

There is a wide variety of places to eat such as Mickey’s Pizza, featured on the Food Network show, “You Gotta Eat Here”, and Capra’s Kitchen, owned and operated by the famous Massimo Capra of Food Network fame, “Restaurant Makeover” and “Chopped Canada”. There are also the famous Clarkson Pump & Patio and  Michael’s Back Door.

There are antique stores, many nail & therapy spas, art galleries, flower shops, home decor stores, hardware stores, and many professional medical practitioners. There is little need to leave Clarkson unless you’re itching to go to a mega mall.

Clarkson Village has so many reasons to love it, from food and festivals to events and entertainment. As one of Mississauga’s oldest neighborhoods, the residents here have a strong sense of community that can be seen in every aspect and characteristic. This beautiful pocket is located along the shores of Lake Ontario and is home to some of Mississauga’s best parks. Here are the list of the best Parks and Recreation in Clarkson, Mississauga.

In search of a beach in Mississauga? There is no need to look any further. Jack Darling Memorial Park in Clarkson is one of Mississauga’s most popular parks. This park runs perpendicular to Lake Ontario and is located on the easternmost edge of Clarkson Village, bordering the lovely Lorne Park community. This park features picnic and barbeque areas, an off-leash dog area, sports courts, trails, lakefront access, and a splash pad for kids.

Jack Darling Memorial Park Splash Pad is Clarkson’s most well-known park, with plenty of open space and lake views. In the summer, many people come to picnic and spend the day because there is a small beachfront area, a play gym for kids, and a splash pad. Residents can be seen lounging, strolling, or playing frisbee, and it is a great place to unwind and relax. Visit the Jack Darling Park at Lakeshore Rd W, 1180 Lakeshore Rd W, Mississauga, ON L5H 1A1, Canada.

Watersedge Park, Although much smaller than Jack Darling, this lovely Mississauga park is located in a hidden enclave just off Country Club Lane – if the name of the street doesn’t do it justice, I promise you won’t be disappointed as you travel through the gorgeous tree-lined streets to this hidden piece of paradise.

This park runs along Lake Ontario, just west of the Jack Darling Memorial. Although it does not have a beach, the views of the Toronto skyline (and surrounding houses) are spectacular. Parking is available on-site; simply bring your favorite picnic blanket and use the park barbeques to spend a memorable day with family or friends.

Lakeside Park, the must-visit attraction in Mississauga can be found by following Southdown Road all the way to the end, where it turns into Lakeshore Road West. There is a splash pad, a lookout, a fantastic kids’ play park, and plenty of open green space leading to the lake. If you’ve never been, you’re in for a treat. Visit Lakeside Park at 2268 Lakeshore Rd W, Mississauga, ON L5J 1K4, Canada.

Explore Jack Darling’s waterfront, and Jack Darling Memorial Park Splash pad and picnic areas, tennis courts, leash-free zone, and native tallgrass prairie. Bring the kids to the splash pad in the summer or the toboggan hill in the winter.

A paved portion of the Waterfront Trail crosses through the park. You can also access walking trails in Rattray Marsh Conservation Area.

Rattray Marsh Conservation Area, It’s not a park per se, but it’s an amazing place to walk around and take in the scenery. This protected conservation area can be reached via Meadow Wood Rd or Jack Darling Memorial Park Splash pad. This natural treasure is ideal for a hike; Rattray Marsh Conservation Area has a variety of trails suitable for both novice and experienced hikers. This untouched sanctuary is a nature lover’s paradise, home to a diverse range of wildlife and vegetation.

Clarkson Village was founded in 1808, named after early settler Warren Clarkson who came from New York and settled in Clarkson, which is the oldest of Mississauga’s communities.  Warren settled down and eventually helped build a school, the railroad, and a few there homes.

In 1856, Captain Edward Sutherland (1794-1885) moved to Clarkson with his seven children. A widower, he purchased “Bush’s Inn,” a former inn and coach house that was the halfway point between Hamilton, Ontario, and Toronto (this building, a private residence, still stands on Clarkson Road South). Here, he is said to have introduced both strawberry and raspberry cultivation to the area.

Clarkson eventually became the “Strawberry Capital of Ontario”.  Park Royal, the second subdivision to be built in Clarkson, was developed by the Leonard W. Finch after the mid-1900s, President of the United Lands Corporation, on 900 acres of land west of 5th Line to Winston Churchill Boulevard and south of the QEW. On February 28, 1971, the Clarkson Community Centre and Arena were opened.  Today Clarkson is a vibrant residential community that is also home to popular museums such as Bradley and Benares House.

Homes For Sale Nearby