Homes for Sale in Fairbank, Toronto 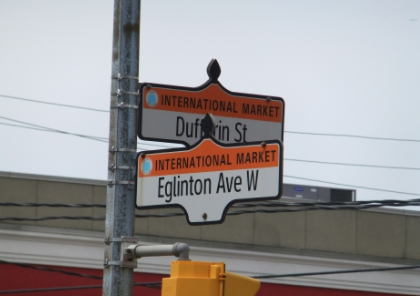 Fairbank is named after the former “Fairbank” farm, which had been owned by a pioneer settler named Matthew Parsons. The “Fairbank” farm was situated just north of Eglinton Avenue between Dufferin and Keele Streets. Fairbank’s early development centered around the intersection of Dufferin Street and Eglinton Avenue. This neighborhood began with a one-room school house which was built in the 1860s and followed by a hotel, a post office, a church, and a handful of stores. A stone marker from the original Fairbank schoolhouse has been preserved on the south wall of the present-day Briar Hill School. The only other vestiges of the old Fairbank community are the Fairbank United Church, circa 1889, located at 2750 Dufferin Street, and a Georgian Survival style house located at 108 Stayner Avenue. This red brick house was built in 1852 by Jacob P. Ross, a Fairbank farmer. Fairbank’s growth from a rural hamlet to a big city neighborhood began to take shape in 1892 when the short-lived Belt Line Railway opened a station here. Fairbank’s development was further enhanced in 1924 when the Toronto streetcar railway began service to this area. Fairbank became a welcome centre for many new Canadians in the 1970s, 80s, and 90s. These families created a sense of community along Eglinton Avenue West which became known as Little Jamaica. The rich cultural history of Little Jamaica is commemorated in the Reggae Lane wall mural located at 1529 Eglinton Avenue facing the Green P Parking lot.

Fairbank is poised for growth with the soon to be opened Eglington Crosstown subway spurring on the revitalization of this neighborhood. The new York Recreation Centre is located on the southeast corner of Eglinton Ave. West and Black Creek Drive at 115 Black Creek Drive, is symbolic of this renaissance. The defining topographical feature of the Fairbank neighborhood is a series of rolling hills that climb their way northward from Rogers Road to the northern tip of Fairbank at Briar Hill Avenue. Many of these hills are bisected by curvilinear one-way streets that add an old-world charm to the neighborhood. The Fairbank neighborhood offers modest house prices and convenient access to transit and highways. Fairbank’s demographics include a large number of people of Italian, Portuguese, and West Indian heritage. The Little Jamaica shopping area along Eglinton Avenue West is a popular shopping destination.

Fairbank contains an interesting mix of early 1900’s working-class houses, postwar brick and stucco bungalows, and new home developments. There are also a fair number of apartment buildings located on the periphery of the neighborhood. The charming homes perched on the hills in the center of Fairbank are located in a setting that is reminiscent of an old-world village. Many of these homes feature pretty decks that take advantage of the hilltop vistas of many Fairbank homes.

Little Jamaica along Eglinton Avenue West is a multi-cultural shopping area that has been coined “the Avenue to the world”. Shoppers in this area can choose from hundreds of stores including bargain shops, fashion boutiques, jewelry stores, as well as Jamaican and Caribbean restaurants. Dufferin Street offers a mix of local shops as well as chain stores that attract shoppers from all over the city. The Castlefield Design and Decor district along Castlefield Road at Caledonia features many of Toronto’s top home design and décor retailers.

The Fairbank Memorial Community Centre at 2213 Dufferin Street offers a myriad of programs for children and adults. This center also operates a non-profit seniors club that offers a variety of clinics, workshops, and special events for adults 55 years of age and over. To the north of the community center is the Fairbank Memorial Park. This park has two baseball diamonds, a children’s playground, a basketball court, and a swimming pool.

Motorists can gain quick access to the city core via Dufferin Street, which extends all the way down to the Toronto Harbourfront. For those commuting outside the city, the Allen Expressway, off Eglinton Avenue, is approximately a five-minute drive from this neighborhood. This expressway offers quick access to Highway 401.

“Oakwood has been a place of excellence for 107 years. We are proud of our tradition and our commitment to students, parents, and staff. Oakwood offers Extended French and a Specialist High Skills Major in both Arts and Culture and in Sports. We are a “Triple-A” school — we provide outstanding curricular and co-curricular programs in Academics, Athletics and the Arts, and our music, drama, visual arts, dance and athletic programs are highly regarded.” As originally published by Oakwood Collegiate Institute

“F.H. Miller Junior Public School is located on the northwest corner of Caledonia Road and Rogers Road. The school was build in 1926 and was named for the first York School Board Chairman, Fred H. Miller. There have been several additions to the original building over the years and a new state-of-the-art gymnasium and adventure playground were added in 2003. Our school is wheelchair accessible to the lower level. Through a Playground Greening Project, we acquired a gazebo, many trees and shrubs, and an updated Kindergarten play area, including a large sandbox and a cycling path. Hughes Daycare, located in the former Hughes Public School, 177 Caledonia Road, services our school community. We are supported by a very active School Council.” As originally published by F. H. Miller Junior Public School

“Since our doors first opened in 1929, York Memorial Collegiate Institute has earned a well-deserved reputation for excellence. Our wide range of course offerings, an extensive extra-curricular program, and a traditional year-long timetable continues to attract students from across Toronto. Also, York Memorial offers students specialized programs that include the R.U.S.H. (Roadmap to University Success with Honours), Pre – AP and Advanced Placement (AP) programs. York Memorial is leading the way in offering a wide range (14 courses) of Advanced Placement courses in all subject areas and is currently ranked first among all public schools in Ontario. York Memorial is recognized nationally and internationally by many universities.” As originally published by York Memorial Collegiate Institute

“Fairbank Public School serves a very diverse community of families that belong to many races, languages, and cultures, which gives the school a social richness that we cultivate and cherish. Our staff is dedicated to creating opportunities for learning that ensure success for all our students. We are constantly learning new concepts and strategies, and challenging ourselves to do the best job possible for our students. We believe that all students can and want to learn, so we emphasize the development of literacy, mathematics, and computer technology skills in all subject areas. Fairbank provides specialized programming in Science, French, Health and Physical Education, Music and Visual Arts.” As originally published by Fairbank Public School

“Fairbank Memorial Community School is located at 555 Harvie Avenue, west of Dufferin Street and south of Eglinton Avenue. The area was originally established as the Fairbank Postal Village at the intersection of Vaughan Road at Eglinton Avenue and Dufferin Street (an early settlers’ route crossing through farmland on the way to Vaughan Township). The neighborhood has many rolling hills and steep, climbing streets. Most of the community as it exists today was planned in the interwar years (the 1920s & 1930s). The original school building was constructed in 1920, as a memorial to the young men from the Fairbank area who died during the First World War. Additions were built in 1930, 1955, 1957, and in 1965.” As originally published by Fairbank Memorial Community School

“Silverthorn Community School is located south of Eglinton, West of Keele. Currently, our enrolment is approximately 330 students who are representative of families from an array of cultural backgrounds. As a K-8 school, we offer a learning environment where staff, students, and the community enjoy learning and growing together. In addition to our FDK to 8 programs, we offer two Intensive Support Programs; our Behaviour class for students who are having trouble adjusting to our regular school programs and our Developmentally Delayed for students who require more one on one support. At Silverthorn CS we work hard to create a safe, caring, and stimulating environment where everyone is valued as unique individuals.” As originally published by Silverthorn Community School

“We are a not-for-profit, independent school in Toronto for children from Junior Kindergarten and Senior Kindergarten to Grade 6. We are committed to respecting and fostering each child’s own natural genius and nurturing the development of individual talents and strengths.” As originally published by Balanced Education Network (B.E.N.) School

“St. John Bosco Catholic School is committed to the development of the intellectual, physical, creative, and social abilities of all the students. The staff, students, parents, and parish clergy are dedicated to the nurturing of a caring, Christian community where all members flourish, grow, and learn to respect one another in the love of Christ.” As originally published by St. John Bosco Catholic School

“Stella Maris Catholic School is dedicated to nurturing all students academically, physically, socially, emotionally, and spiritually. It is located in an urban Toronto community, with a population of approximately 420 students in a K – 8 program. The school hosts an area program for students who have multiple exceptionalities and is also an extended day school where students receive instruction in the Portuguese or the Italian international languages.” As originally published by Stella Maris Catholic School

“St. Nicholas of Bari Catholic School provides a Catholic education for the students living in the vicinity of Rogers Road and Caledonia. Located within the former city of York, extending north to Eglinton, and south to St. Clair, the narrow school boundaries draw children from close to 500 families. During its early years, the school community was composed primarily of Italian families who had recently immigrated to Canada. Over the years the school community has changed significantly. The present population of students is now a diverse blend of cultural backgrounds. While Portuguese continues to predominate, many families of Spanish heritage from Central and South America have recently joined the school community. Despite its fluctuating population, however, what has remained constant is the unique educational needs of the students to develop the language skills necessary to integrate successfully into Canadian society while developing pride and confidence in their home culture.” As originally published by St. Nicholas of Bari Catholic School