Homes for Sale in Etobicoke, Toronto 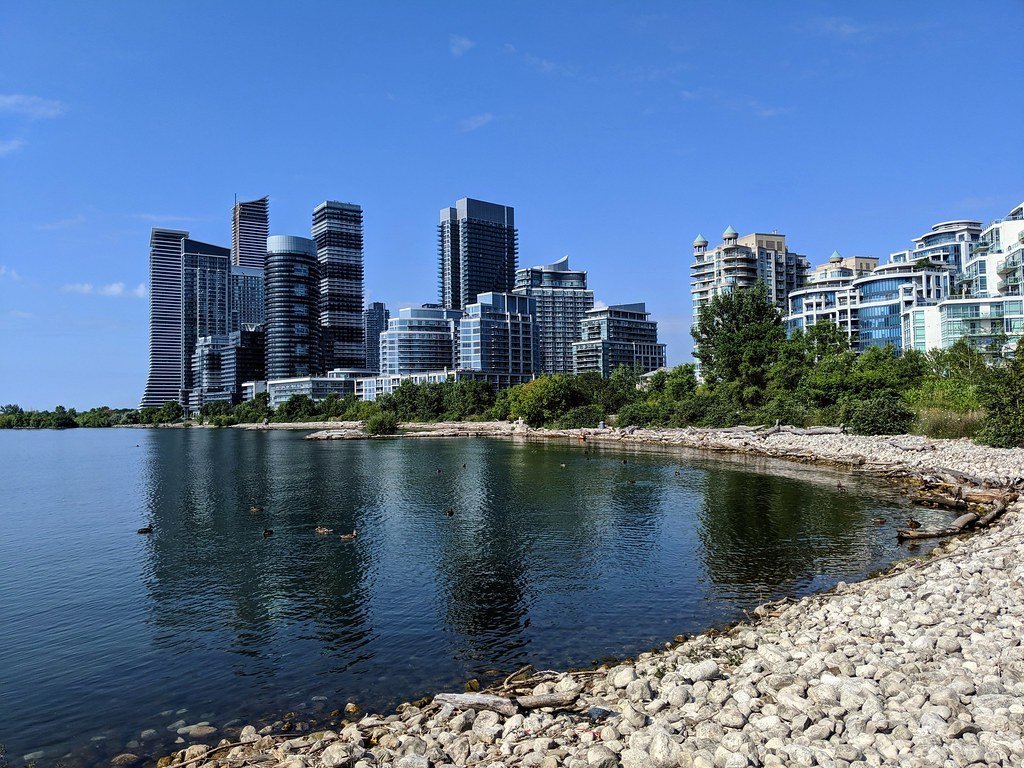 Etobicoke is commonly known for its large and close community. Although it lies towards the outskirts of Toronto, the Kipling and Islington Subway Stations in addition to the various bus stops scattered throughout the area provide easy transportation to different parts of the Toronto. The young homeowners in the area are able to take advantage of the many fine schools located nearby, including Central Etobicoke High School and Etobicoke School of the Arts. Additionally, there are a number of beautiful and relaxing parks located within walking distance, such as James Gardens, Etobicoke Valley Park, and Centennial Park.

Eatonville is a neighborhood in Toronto, Ontario, Canada. It is located west of the central core in the former suburb of Etobicoke. Eatonville is bisected by Highway 427, with the community generally located north of Dundas Street West and south of Rathburn Road. Eatonville consists mainly of low-density residential homes (constructed primarily in the 1950s east of Highway 427, and in the 1960s and 1970s west of Highway 427). The main arterial roads in the community, such as The West Mall, The East Mall, and Burnhamthorpe Road, contain a mix of rental and condominium high-rise apartments and townhouses. Cloverdale Mall is in the neighborhood, and there are community retail areas along Bloor Street West and Dundas Street West.

Etobicoke features all kinds of real estate, including semi-detached and attached houses, townhouses, condominiums, and apartment buildings. There is something for every buyer here. Specifically, Etobicoke is very popular for growing families, as many of the larger and spacious houses are generally quite affordable, and a great alternative to some of the more expensive neighborhoods in Toronto.

The neighborhood of single-family, post-war bungalows, high-rise rentals, and townhouses abuts the west side of Hwy. 427. It is in the city’s Ward 3 in the provincial and federal riding of Etobicoke Centre.
A little more than half the area’s residents are working age, and 17 percent are seniors. Two-thirds of the residents are married couples, 44 percent of whom have children at home. Nearly 30 percent of the area’s children are ages six to 14; 19 percent are younger than six, and 17 percent are young adults 25 and older.

Etobicoke has a wide range of indoor and outdoor sporting leagues including baseball, soccer, football, hockey, and ringette. Some of the prominent clubs include the Etobicoke Kangaroos Australian rules football club, the Serbian White Eagles FC club, Toronto Croatia, and FC Ukraine United, which operate in the Canadian Soccer League, and the Toronto Furies of the Canadian Women’s Hockey League.

Southern Etobicoke is also home to the newly renamed Ford Performance Centre, the home arena for the Toronto Furies, and the practice rink of the Toronto Maple Leafs. The Toronto Patriots of the Ontario Junior Hockey League are based out of Etobicoke. Etobicoke is the hometown of Major League Baseball Star Joey Votto as well as National Hockey League Star P. K. Subban, Connor Brown (ice hockey) of the Toronto Maple Leafs, and National Hockey League Hall of Famer Brendan Shanahan. Etobicoke is also home to Centennial Park which is a huge green space in west Toronto, and poses a great venue for soccer, basketball, skiing, hockey, basketball, hiking, track and field and also rugby. Etobicoke, Rexdale (North Etobicoke) is home to the top ranked high school basketball program in Canada, Henry Carr Crusaders. Producing notable US Division 1 and NBA players such as Tyler Ennis and Sim Bhullar. Henry Carr Crusaders were the 2016 AAA Provincial high school basketball champions.

Applewood – The James Shaver Woodsworth Homestead is in the area on The West Mall. The 1850s building has been recognized as an Ontario Heritage site. Today, this community building is a setting for weddings, parties, and meetings. Applewood is adjacent to Broadacres Park, the neighborhood’s largest city park. Neilson Park Creative Centre, a creative arts center built by the city and operated as a non-profit volunteer corporation, is home to six resident arts groups, including handweavers and spinners, quilters, and visual artists.

Several major expressways, like 427, 401, 407, 27 and Gardiner Expressway, are routed through the area, making it ideal for automobile-based transportation. There are numerous four- and six-lane thoroughfares in Etobicoke, laid out in a grid system.

You can get to Etobicoke West Mall by Bus or Subway. These are the lines and routes that have stops nearby.

Etobicoke West Mall has 7 Public schools, 5 Catholic schools, in this neighborhood, your kids can get a great education.

“Broadacres Junior School, situated north of Burnhamthorpe Road and west of The West Mall, first opened in 1959. The school is a single-story facility hosting approximately 330 students from Junior Kindergarten to Grade 5. Grade 4 and Grade 5 Gifted Program classes for this area are also a part of our school, and in September 2012 we began to offer Early French Immersion. We participate in the “Fit for Life” program and actively promote a healthy lifestyle. A nutritious morning snack is provided daily. On-site Before and After School Programs provide an extended day for some of our students. We are fortunate to have a strong and very supportive parent and school community.” As originally published by Broadacres Junior School

“Silverthorn Collegiate’s mission is to create a school environment dedicated to excellence and love of learning. Our goal is to challenge each learner to reach their full potential and become a positive, responsible contributor to society. Silverthorn is a friendly, safe learning community committed to relevant and innovative programs. We encourage growth through opportunities for student involvement that go outside the doors of the classroom. Our aim is to educate and equip students with the tools and resources they need to make informed and healthy choices in school and in life.” As originally published by Silverthorn Collegiate Institute

“Eatonville Junior School was originally situated on the northeast corner of Bloor Street and The West Mall in 1870 on land donated by the Timothy Eaton family, and was first known as the “Swamp School” due to the many surrounding frog ponds. The current school was built in 1955 on Rossburn Drive to accommodate more children. We are committed to a respectful and equitable partnership with our diverse community of children, staff, and families! We foster a safe and nurturing environment in which we pursue our goals and celebrate our successes.” As originally published by Eatonville Junior School

“Through a balanced curriculum based on sound academics, the arts and co-curricular activities Josyf Cardinal Slipyj Catholic School operates under the direction of the Toronto Catholic District School Board. In a Catholic environment enriched by our Eastern Rite traditions, a wide variety of programs and opportunities meet the diversified needs of our student population.” As originally published by Josyf Cardinal Slipyj Catholic School

Nativity of Our Lord Catholic School

“Nativity of Our Lord Catholic School has served this diverse community for more than 40 years. Though the community and school have grown and changed in many ways over the years, the focus of the school, to provide quality education based on Catholic traditions and beliefs, has remained constant.” As originally published by Nativity of Our Lord Catholic School

“In order to meet the diversified needs of our students, we ensure the presence of a Catholic school community, at all times. Daily prayers, religion lessons, monthly rosary sessions, and the integration of Gospel values across the curriculum, are integral components of our program. Monthly masses are prepared in conjunction with our outstanding, parish team. The masses allow for students from various divisions to take leadership roles as greeters, members of the processions, and readers. Active participation in the celebration of the Eucharist is taught, modeled, and encouraged. At St. Clement Catholic School, we provide a safe, welcoming, inclusive environment for our students so that they may work and grow to their full potential.” As originally published by St. Clement Catholic School