Homes for Sale in Dempsey, Milton 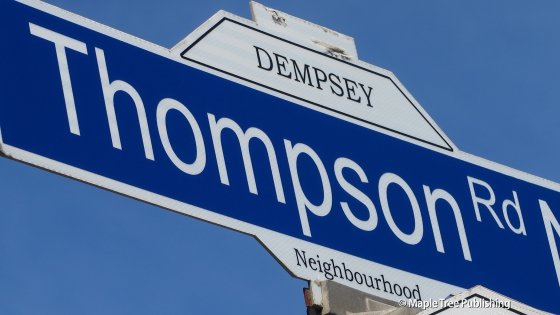 Homes for sale in Dempsey Milton

The Dempsey neighborhood began construction in 2002, bounded by Steeles Ave – CP Railroad Tracks – Thompson Rd – James Snow Pkwy. The Dempsey neighborhood is named after John Dempsey, who emigrated from Ireland in the mid-1800s with his wife and 7 children. Dempsey also opened dry goods, grocery, and hardware stores in the community. He also served as a member of the Milton Council in 1860 & 1861. The Dempsey neighborhood was created by the Town of Milton as part of an ambitious urban expansion plan referred to as the Bristol Survey. The actual building of the neighborhood commenced in the early 2000s. The Dempsey family owned many of Milton’s first businesses including a general store, grocery store, and hardware store. The Dempsey family were successful farmers operating a farm known as “Winding Sixteen Farm” according to the book Milton Names published by the Milton Historical Society. The name of the farm was likely a reference to the nearby Sixteen Mile Creek which runs through the Town of Milton.

The Dempsey neighborhood in northeast Milton began construction in 2002. It has good access to major roads, Highway 401, and GO Transit. The Milton Centre for the Arts is the community’s go-to place for creativity! This unique, state-of-the-art facility offers performing, visual, media, and literary arts experiences for all ages. The design of this center was inspired by the natural landscape of Milton and all of the surrounding conservation areas. Using materials like limestone, wood finishes, and glass to reflect the themes of water, escarpment, agriculture, and community into this building – showcasing Milton’s Pride.

Shopping in this area is a breeze. Located in Dempsey are stores like Home Depot, Longo’s, Mastermind Toy’s, a large fitness location, Best Buy and The Brick. Numerous restaurants including Boston Pizza and Turtle Jack’s are in the area. Milton’s only Movie Theatre – Cineplex Cinema’s Milton – is located in this plaza.

Dempsey has 4 Public schools and 4 Catholic schools in this neighborhood, your kids can get a great education.

“Our School: We have approximately 830 students enrolled currently. The largest group of students is our Primary children.

Balanced School Day: The first class in the morning starts at 8:40 a.m. There are two 50-minutes classes before the first nutrition/activity break from 10:20 until 11:00. Students are in class again from 11:00 until 12:40 with a second nutrition/activity break from 12:40 until 1:30. This 2nd break will be the only time that students are allowed to go home for “lunch”. Students then return to class from 1:30 until 3:10 when the end of the day bell rings.

Eco-School: We are an Ontario Platinum Eco-School. All of our children will be encouraged to respect our community by not littering and by using recyclable containers to avoid creating garbage. Our school will also be involved in a printer cartridge recycling program to reduce landfill and save oil.” As originally published by Chris Hadfield PS.

Homes for sale in Dempsey Milton