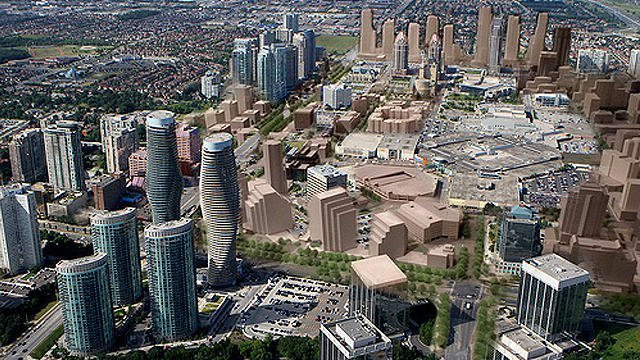 The city centre is a business hub, full of life, education, shopping in a highly dense populated and invigorated area.

Geographically, the boundaries of the City Centre are Hurontario Rd and highway 403 to Confederation parkway and Webb drive.  This is the centre of town, surrounding by other popular areas such as Mississauga Valleys, Fairview, Rathwood, and Hurontario. 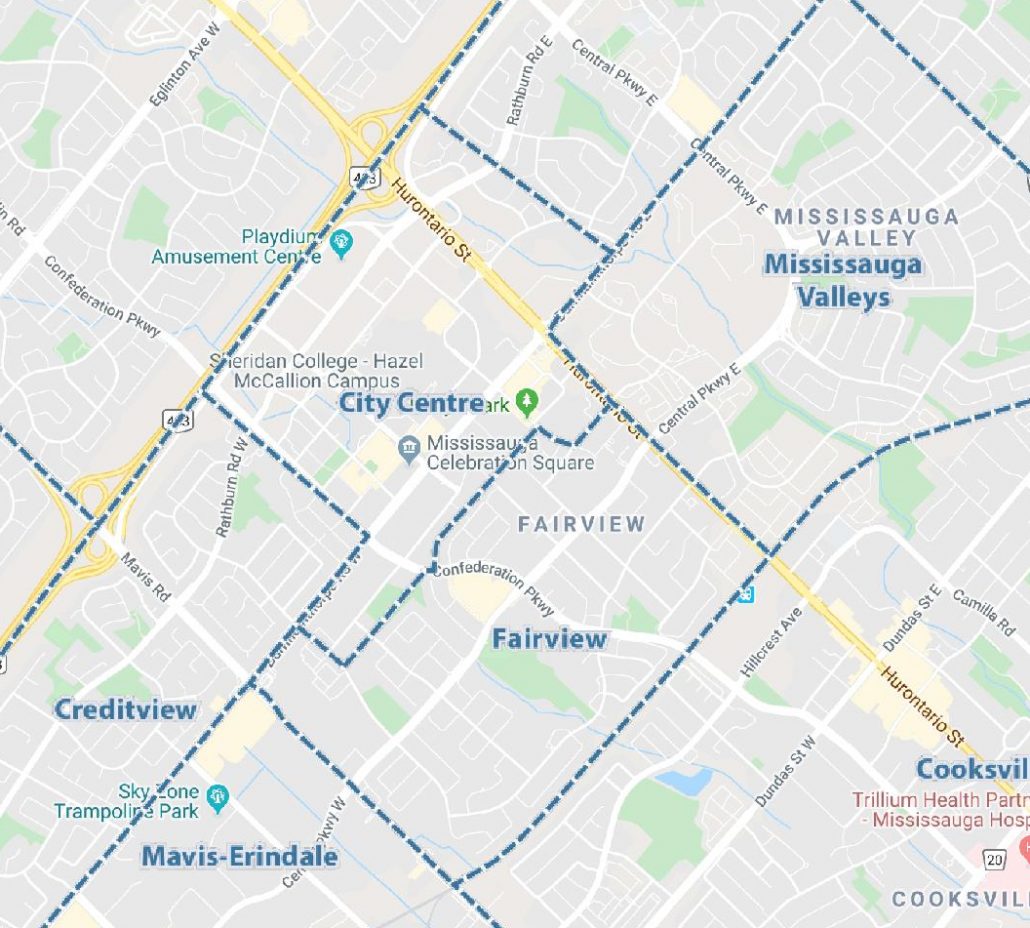 View Properties in this neighborhood

History of the City Centre

According to insauga.com development began started over 50 years ago in the late 1960s when the McLaughlin Group began to purchase the surrounding farmland, namely the Hodges, Hepton, McCauley and Davidson farms.In 1965, the McLaughlin group unveiled a massive 25-year plan for Toronto Township (Mississauga). Estimated at an unprecedented $150 million dollars for the time (equivalent to $1.2 billion today) – it included the development of 35 acres for industrial, 150 acres for commercial and 800 acres for residential purposes. Square one was officially built and opened on 1974.  Today it is a the booming centre of the Mississauga, with high condo buildings, famous food, Sherdian college, massive arcade and entertainment area.  If you take a look at the picture below, it is breathtaking how much development has occurred at the city centre.

–Playdium is a family entertainment centre chain owned by Cineplex Entertainment and opened in 1996.  This massive arcade includes a go cart track and batting cages.

-The living arts centre opened its doors in November 1997, adding the first iof dimension to the centre of the city. ‘

Real Estate in The City Centre

The city centre has a metropolitan feel, full of life and that means lots of high rise condos.  Almost exclusively, everyone in the city centre lives in one of the many condo buildings.  There are a variety of new buildings, many developments still giving in the plans, as the square one area will only get large.  With an increase in home prices over the years, the condo boom affect the city centre as much as it did in Toronto.  It is a great place to spend you money and invest.  Newer building offer lots of amenities and luxury, however are packed tight as modern units are getting smaller.  If you want more space look to someone of the older buildings. Whatever your taste, Square One real estate has a building for you, with a sprinkle of condo townhouses around too. It’s a great option for those that can’t afford a freehold home or are looking for an investment property. The area is still affordable, as there are lots of new units coming for sale and there is value in acquiring real estate here.  The area is full of diversity and you will find all kinds of people trying to make their way in the vibrant downtown Mississauga.

Schools in The City centre (with rankings from Bagdala.com)

Top Reasons to live in the City Centre

1. Lifestyle: You are downtown baby! Have fun and live.

2. Easy access: What do you need? They have it here. Shopping, entertainment, name it!

3. Location: Get to where ever you need to go in the city or the GTA, you are not far from anything.

Top 3 Reasons to live somewhere else

1. Dense: Lots of people in the area, lots of traffic as well.

2. Parking: It will not be cheap and something hard to find. Most condo units come with just one.

3. Construction: There are developmental plans for the next 10 years at least. A lot of construction and development may make you a little grumpy.

View Properties in this neighborhood