Canada has welcomed a record number of new permanent residents in 2021. 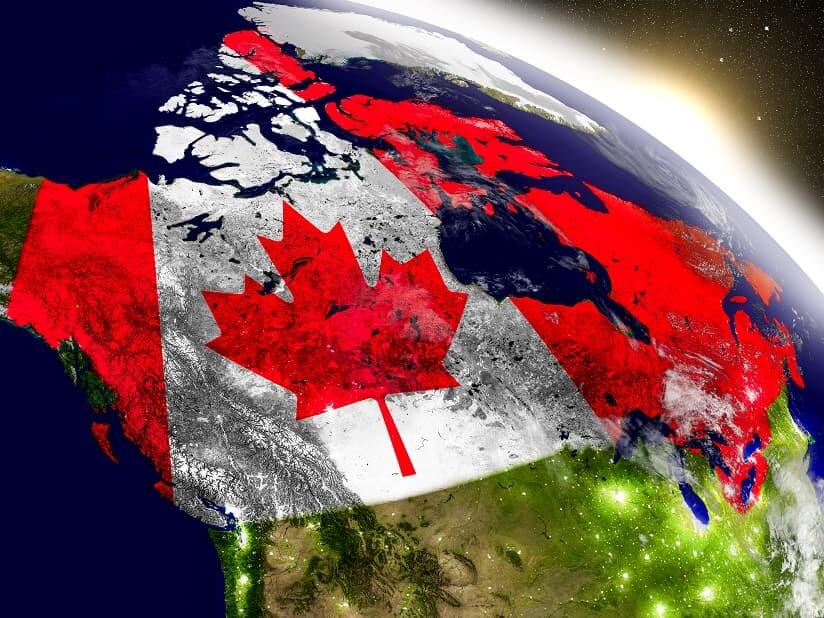 Last Year – Canada had set the greatest number of new immigrants in a single year in its history.

Immigration to Canada is important. Why? Because all Canadians originally come from somewhere else. The story of immigration fills many chapters in the history of this country—including the most recent one. To support Canada’s post-pandemic recovery, and chart a more prosperous future, the Government of Canada set a target of welcoming 401,000 new permanent residents in 2021, as part of the 2021–2023 Immigration Levels Plan.

IRCC has more than 1.8 million applications in the queue, according to data from December.

The Trudeau administration already had a goal to welcome about 1.2 million immigrants from 2021-2023!

The Asian countries — India, China, and the Philippines — will be among Canada’s top three sources of temporary residents as the Covid-19 vaccine is released and restrictions on travelers fall from their effect. Before the pandemic hit in 2018 and led to an increase in immigrants to Canada that remained low, in 2019, they were about half as many as 341,275 permanent residents. Since then Ottawa’s immigration strategy has aimed to achieve ambitious goals.

Which cities attract the most immigrants?

Canada’s cities are competing to attract more immigrants. Charlottetown, Regina, and Toronto welcomed the highest number of immigrants per capita.

Cities throughout Canada face intense competition in hopes of attracting new immigrants. Due to their aging population and poor birth rate, the cities must attract more immigrants for economic strength. Across Canada in 2019, 341,000 immigrants – 0.9 percent – came from abroad. Canada welcomes more immigrants through the Express-Entry program and the Provincial Nominee Program.

Why a per capita intake of one per cent is important?

Welcoming one percent of a jurisdiction’s population, whether it is at the national, provincial, or municipal level is a major milestone in Canada.

Welcoming this level of immigration is a significant means of promoting economic growth.

Welcoming immigrants is one of the best ways to boost economic growth. It’s been the case in Canada, whose population growth has been on the rise. A sizable share of that population growth is due to immigration, and it’s expected to account for 100 percent of Canada’s population growth by 2038. That makes immigration more important to driving Canada’s economy. By welcoming one percent or more of immigration every year, Canadian cities will put themselves in healthier situations economically speaking.

Toronto continues to welcome the most immigrants among Canadian cities by a very wide margin. It attracted nearly 118,000 immigrants last year or 35 percent of Canada’s newcomer total. Vancouver, Montreal, Calgary, and Edmonton rounded out the top five Canadian cities.

This historic achievement is particularly significant in the face of the pandemic’s many challenges. From closed borders to domestic lockdowns, global migration has been upended by COVID-19. But the employees of Immigration, Refugees, and Citizenship Canada (IRCC) rose to the occasion and processed a record half a million applications in 2021. To achieve this, IRCC added resources, embraced new technology, and brought more processes online. These changes are all permanent improvements to Canada’s immigration system.

This was also the year that Canada was ranked by the UN as second only to Sweden in its efforts to offer protection for refugees. Furthermore, Immigration has long played a vital role in building a strong, prosperous and diverse country. It is an important source of Canada’s economic growth, as newcomers contribute to innovation, entrepreneurship, and our knowledge-based economy. Immigration has helped address critical labor shortages and responds to demographic challenges — including the needs of an aging population. With the enactment of Bill C-6 in June 2016, the Government of Canada made significant changes for permanent residents in line with global standards for migration and refugee protection.

These changes have supported our country’s efforts to attract more highly skilled newcomers, foster greater connections to provincial nominees, and reunite families faster — all of which are critical to Canada’s prosperity. The multi-year immigration levels plan recently announced establishes a historic high for Canada’s population of immigrants at 1 percent of its population of over 400,000 people annually. Through this plan, we will continue to welcome over 1 million new permanent residents over the next three years — the greatest number in our country’s history.

“Last year, we set an ambitious goal. Today, we achieved it. This is a historic moment for our country, as we welcome the highest number of newcomers in one year in our history. I want to thank all the employees in my department, especially our Operations Sector, who made this possible. Canada is built on immigration, and we will continue to welcome the immigrants that Canada needs to succeed. I can’t wait to see the incredible contributions that our 401,000 new neighbors make in communities across the country.”

– The Honourable Sean Fraser, Minister of Immigration, Refugees, and Citizenship

• The number of permanent residents Canada welcomes each year is based on the annual Immigration Levels Plan, which was tabled in Parliament on October 30, 2020.

• Immigration addresses labor shortages in key sectors such as health care. Immigrants make up 37% of pharmacists, 36% of physicians, 39% of dentists, 23% of registered nurses, and 35% of nurse aides and related occupations.

• The Economic and Fiscal Update proposes new measures to support a robust and resilient recovery, including an $85 million investment to reduce backlogs in Canada’s immigration system, speed up the process of citizenship, reunite families, and welcome people who can help address Canada’s labor shortages.

A higher population will create a natural high demand for homes affecting; supply and demand. A major reason for increasing home prices.